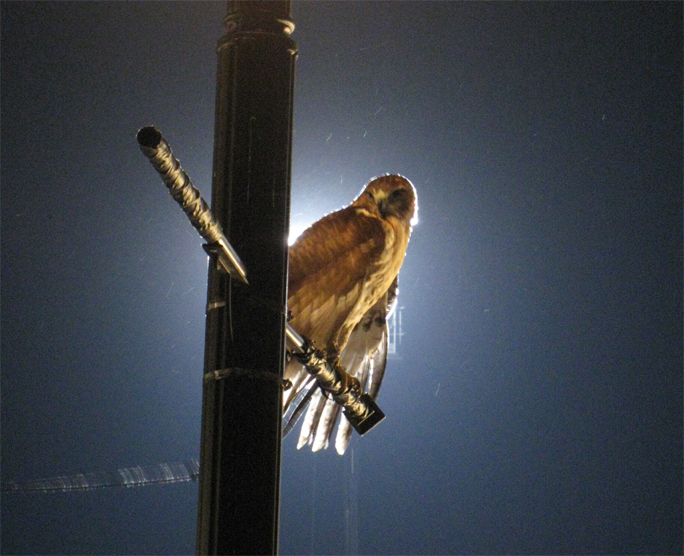 To paraphrase the writings of Snoopy, “It was a cold and snowy night.”

On November 23rd, 2010, Burnaby found itself in the grip of a record cold-snap. Power outages, brought on by high Arctic winds, had residents of the Fraser Valley shivering in their homes. “Team Feathers” and I shivered in front of the propane heater of our tent, waiting for ‘go-time’ to arrive.

Spare a thought for the female-lead, Kyra Zagorsky, who was dressed for a much more ‘temperate-seeming’ season! I, at least, didn’t have to surrender the warmth of my jacket between takes!

This was going to be ‘Mohave’s’ big test. I’d assured Ivan, Jason, Kit and others in the Production team he’d be ready; the truth was, this was the shortest amount of time I’d ever spent getting to know (and prepare!) a young raptor of any stripe. It was as much a test of my theories as it was of ‘Mohave’s’ understanding and acceptance of what he’d learned in our mere 18 days together.

Even so, something in me just knew our big Red Tail could adapt to – and more importantly – process the strangeness he was about to witness and experience.

Knowing this would be a night-scene, I’d taken ‘Mohave’ for walks along the small but busy streets of Duncan for nights in a row with the cold rain falling on us, strangers passing by, noisy, bright traffic roaring mere feet away, shop doors opening and suddenly disgorging people into our path.

Our first night out lasted about 5 minutes. A day or two prior to our first night on-set with the “Divine” team, ‘Mo’ was finally emotionally leaning on me – taking my lead, as it were, and trusting all was well, regardless of what was going on around us.

There was just a flicker of a moment when the snorkel-lift and its camera-crew – rising behind ‘Mohave’s’ left shoulder – gave him pause, but as he half-turned to examine this entirely weird contraption I called his name, got his eye-contact back on me, and reassured him. He visibly relaxed. 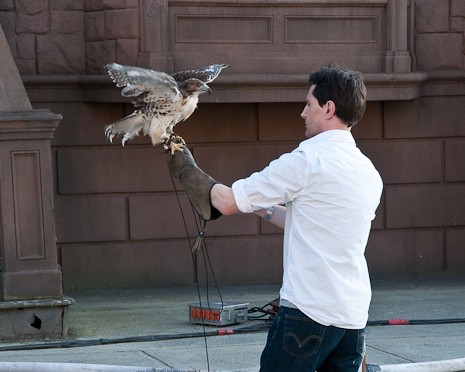 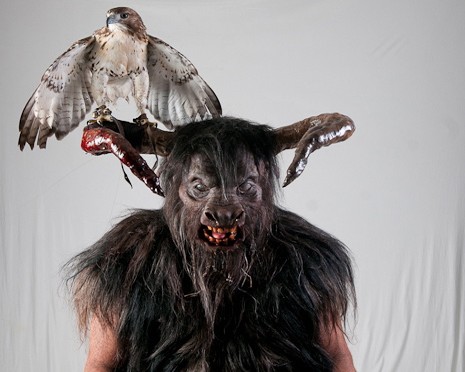 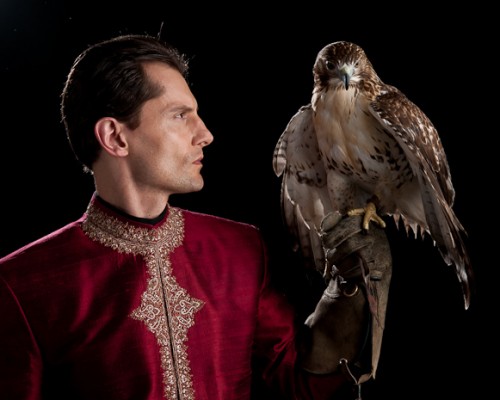 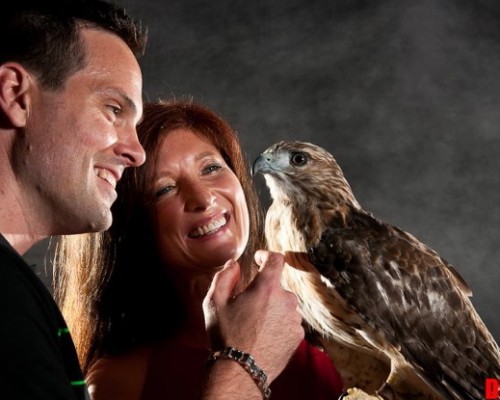 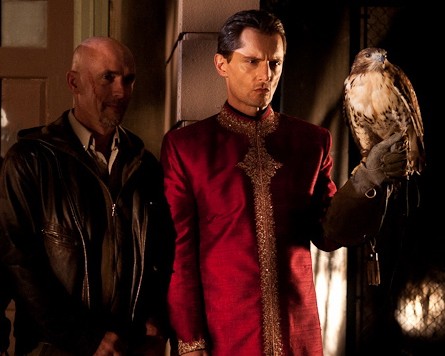 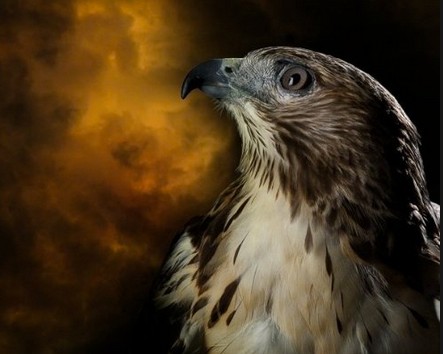 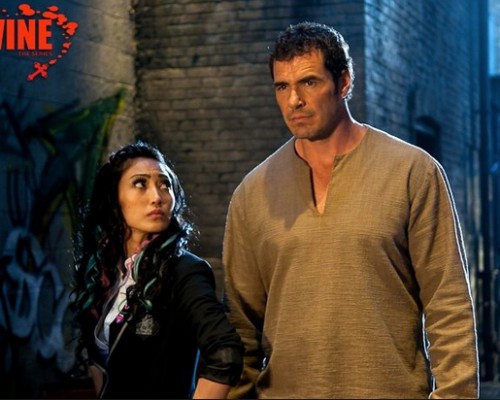 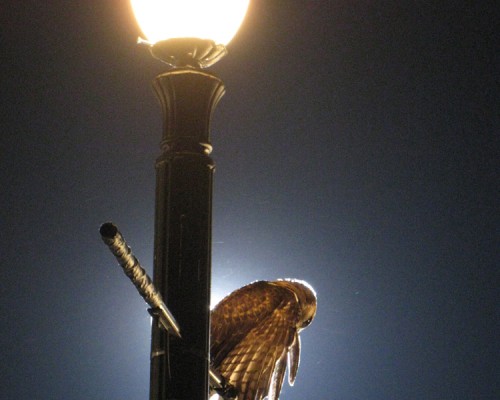 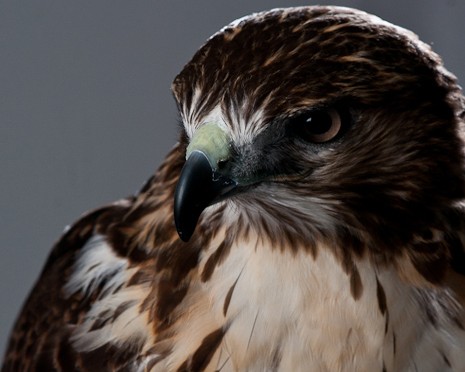