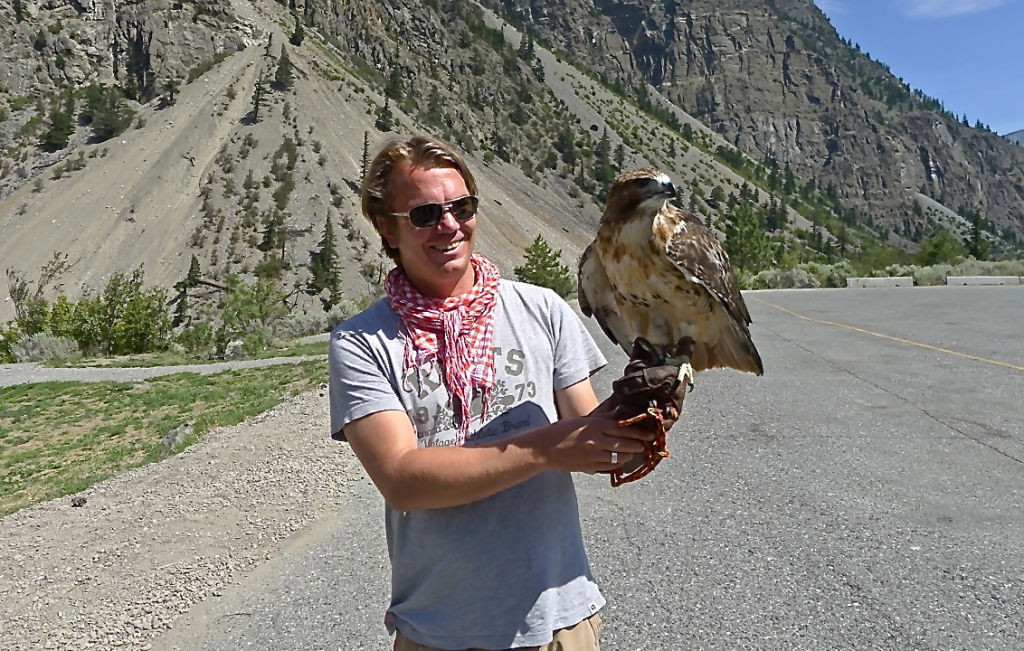 Comments Off on Dodge RAM Commercial

When the Means-of-Production team hired us to contribute to their Dodge RAM 2012 campaign, they explained the storyline for ‘Mohave’s’ appearance this way.

“The driver pulls into a rest-stop to enjoy the view, when suddenly a magnificent bird flies up alongside him.
He thinks ‘Wait – I want to see that again!’, and this is where we show viewers Dodge’s new transmission-dial.
The driver in effect turns back time as he demonstrates the ease-of-use in the dial, and ‘Mohave’ moves backwards through time and space.
The driver then demonstrates the ease of putting the big truck back into ‘drive’ mode; the effect of doing this releases ‘Mohave’, and he once again flies past the truck, allowing the driver to enjoy the power and magnificence of the moment.”

There are factors which must be taken seriously when asking a non-human performer to do something like fly alongside a moving vehicle many tons in weight. The margins for error are small, and the relationship between you must be a strong one.

The trust must be bulletproof.

As has always been our way, we took our time preparing ‘Mohave’ – a week, in fact.

Given that he was going to be filmed by a car with a Russian-arm mounted on it, we made a point of schooling him next to vehicles with as much weirdness as we could find mounted on them, like bikes, ladders, chair-lifts…you get the idea.

At last, on a magnificent summer’s day in Lillooet, ‘Mohave’ showed his new friends David Bouck and Ole Peters what he was made of.

The end result is a stunning moment captured in the heart of the 2012 Dodge RAM commercial which was aired throughout Canada and the US. 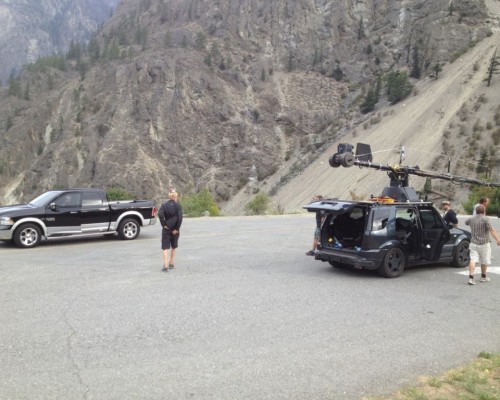 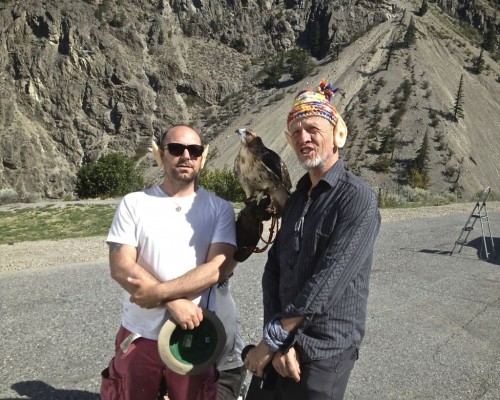 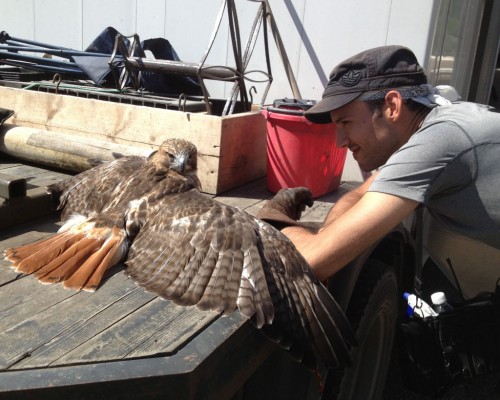 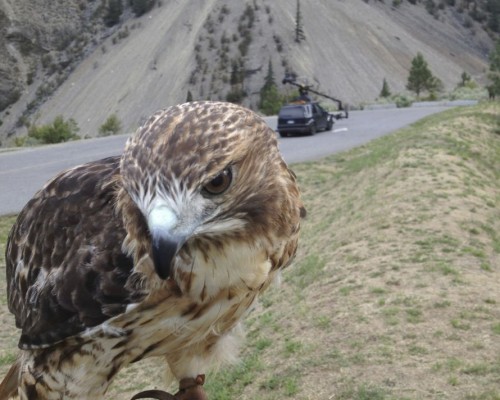 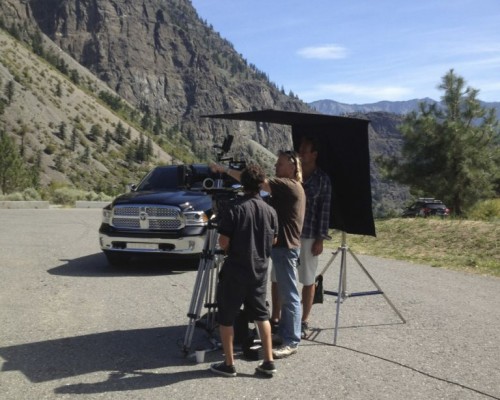 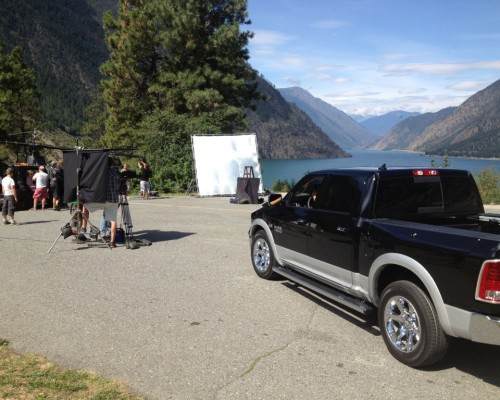