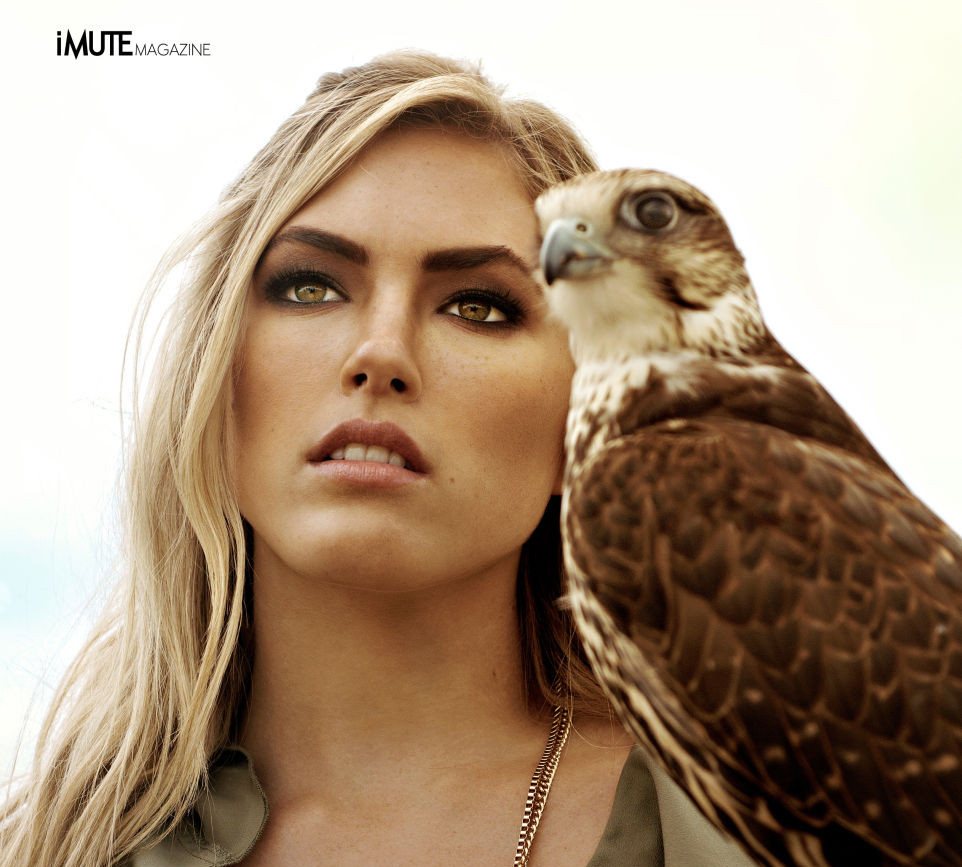 Comments Off on Shape-Shifter

As seen in iMute Magazine.

Given Iona Beach’s proximity to the Vancouver International Airport, you could be forgiven for thinking this wouldn’t be the best of settings for a professional modeling shoot…but you’d still be wrong.

On the contrary, the beautiful, cloud-layered skies, (which appeared entirely threatening when we woke up that morning), the thoughtful, tempered lapping of the ocean waves, and the warm sand under our feet gave Iona Beach a subtly dreamlike quality – and it certainly comes through in the photos which graced the cover and 22 pages of iMute magazine’s first-anniversary issue.

The weather conditions only improved over the course of the day, allowing Kim Atcha and director Joyce Tu to capture some of the most stunning moments I’ve ever seen between “Team Feathers” and a human contributor.

For her part, Sheena (Kim and Joyce’s model), could only be described as having been in a state of euphoria; working with our feathered-companions was nothing short of a dream come true for her. In fact it took considerable discipline for Sheena to remain “in character” – and who could blame her for smiling when such beautiful living-jewels as ‘Sabre’, ‘Mohave’ and ‘Jarih’ were standing or flying to her glove? 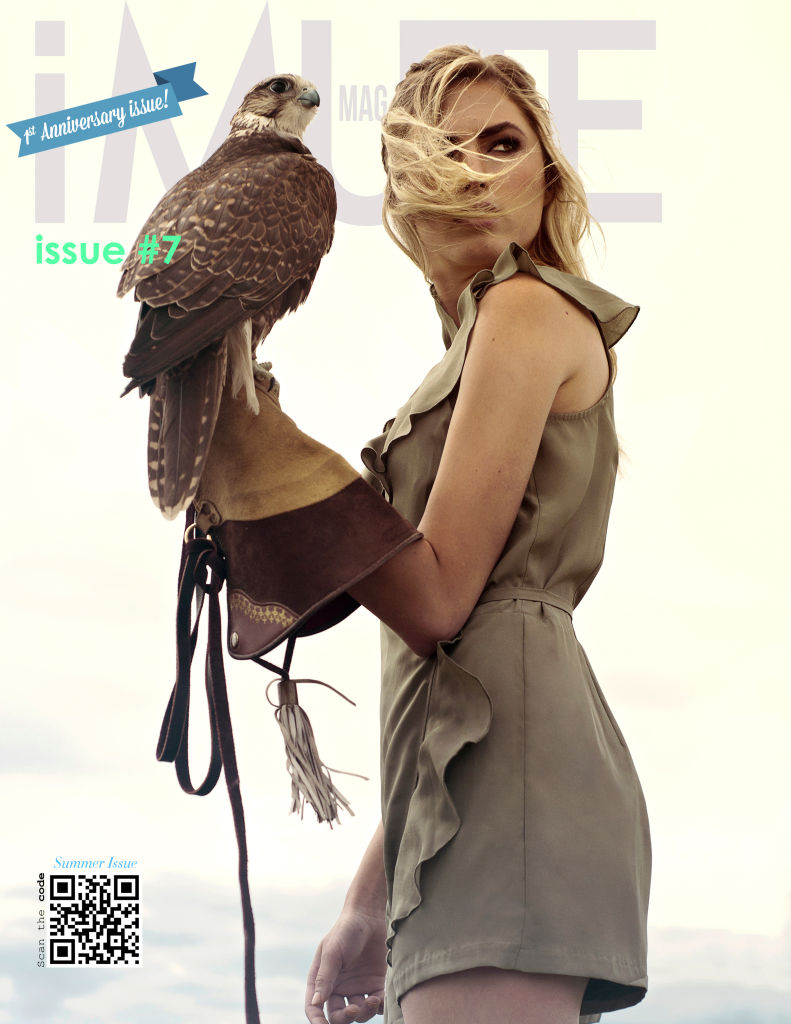 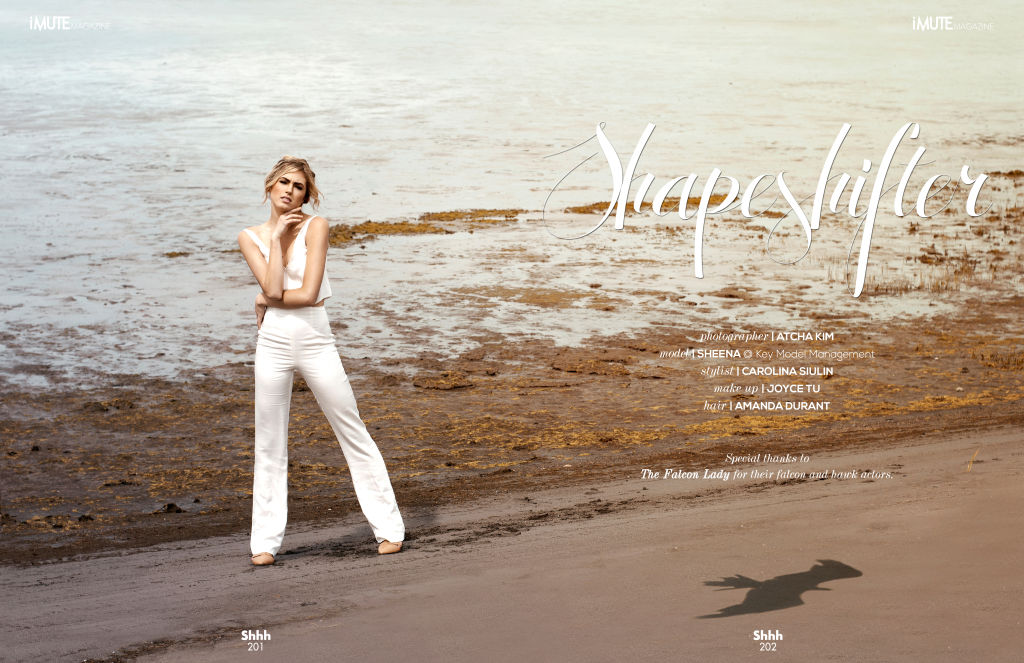 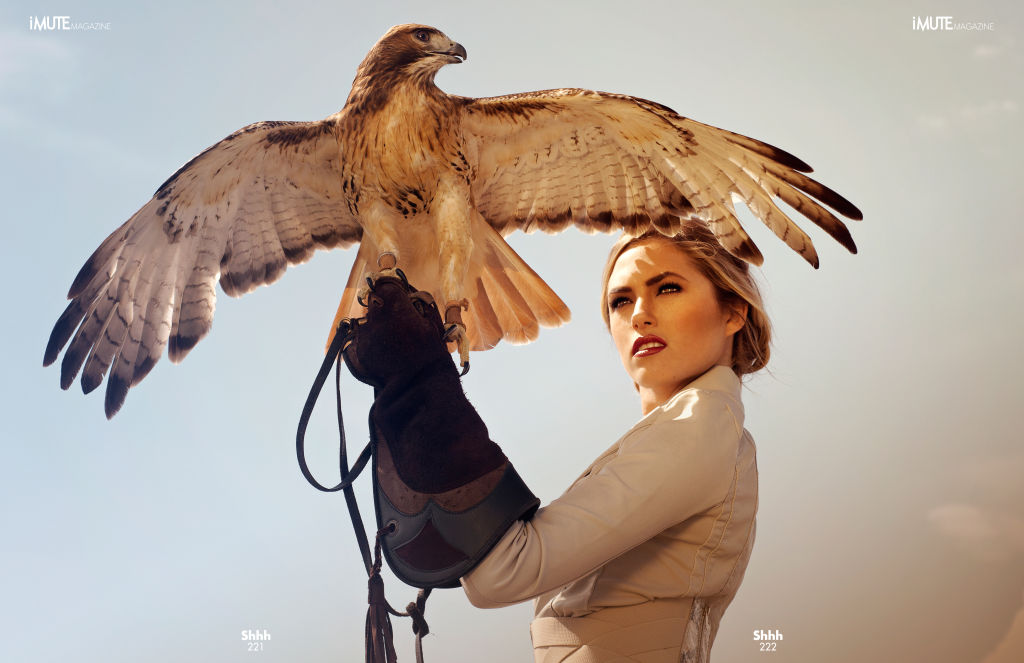 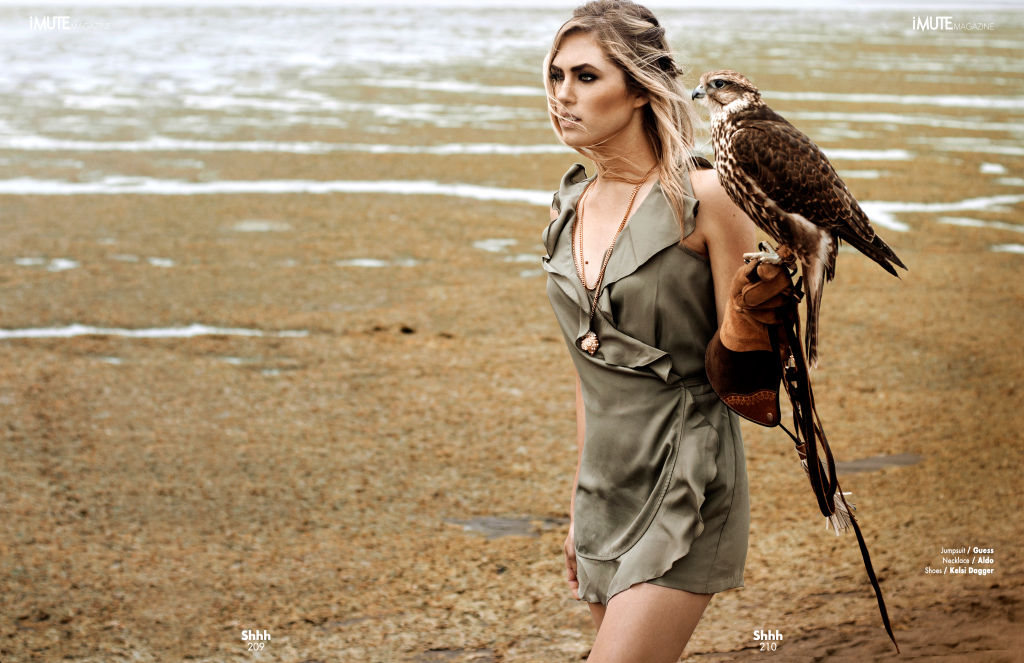 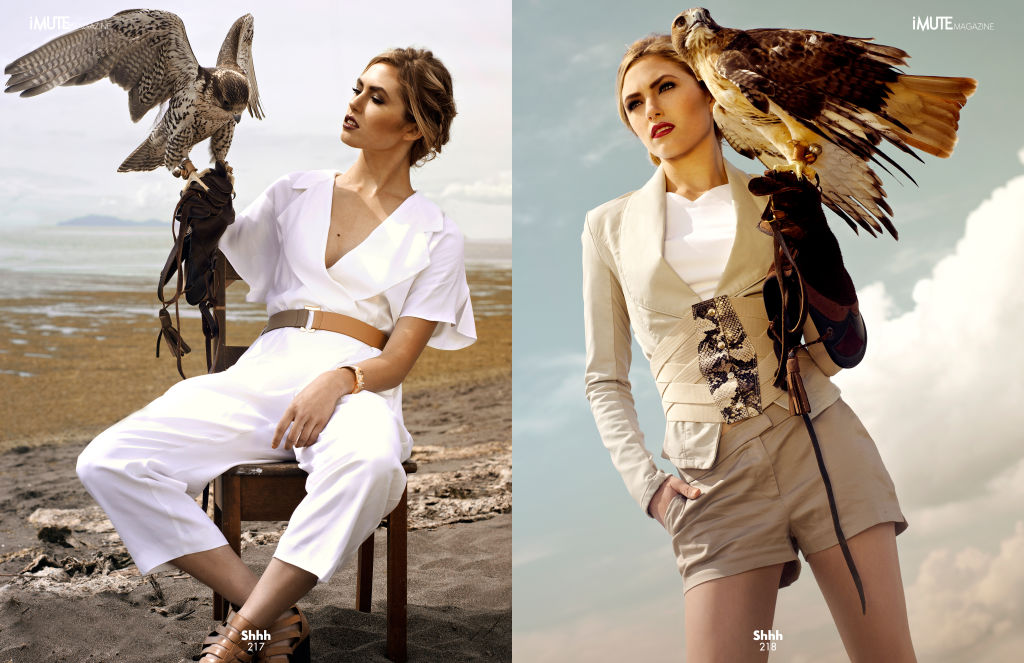 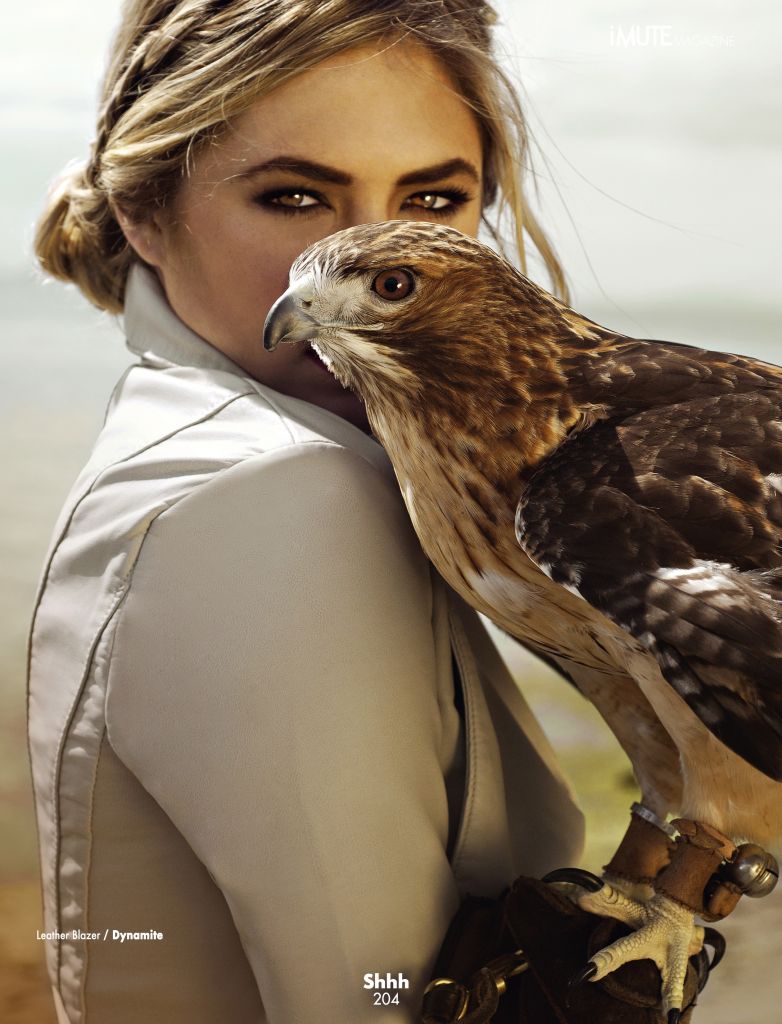