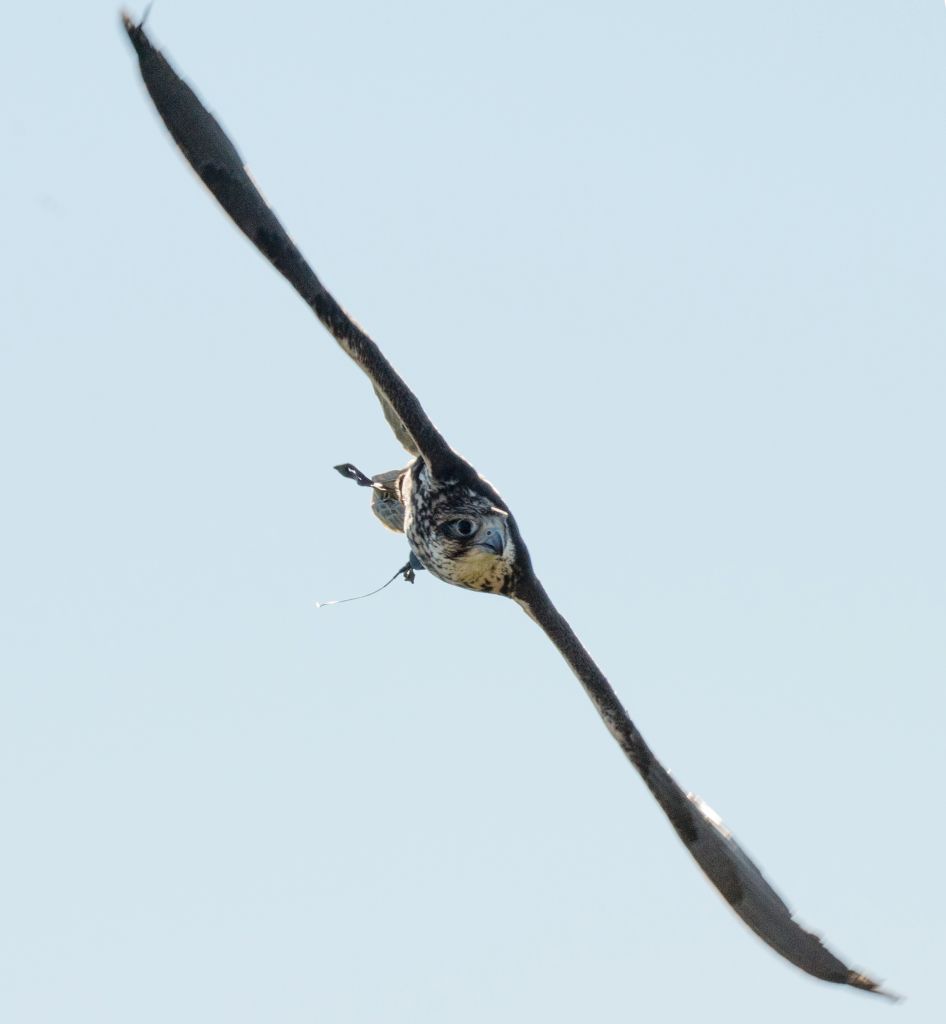 The uncontested ‘princess’ of “Team Feathers” is young ‘Jarih’

Arriving from Quebec in the summer of 2011, ‘Jarih’ introduced a fresh, lively, and remarkably open-hearted element to what had largely been a “boy’s club” prior to her joining us.

We were immediately astonished by the sweet disposition she offered us; from the moment we took ‘Jarih’ out of her travel crate, she was quiet, tolerant, and completely endearing – not the norm for a young falcon being handled by strangers!

In keeping with the natural inclinations of her species, ‘Jarih’ is not typically as highflying as Captain ‘Sabre’ – though she has nearly-perfectly recreated many of the maneuvers she’s observed him carrying out during their shared flying sessions.

‘Jarih’ has a loyal following of young friends she’s made during our presentations at Science World, Camp Squeah, and through our private Falconry experiences.

She has appeared alongside ‘Sabre’ in “Seventh Son”, and worked intimately with the 10 year-old actor Zen McGrath filming scenes for “Aloft” in Winnipeg. ‘Jarih’ positively blossomed under young Zen’s friendship, and amazed the film-crew with her steadiness.

• The Saker Falcon (Falco cherrug) is a large ‘hierofalcon’ (literally “hawk-falcon”), and is a raptor of open grasslands. It often hunts by horizontal pursuit versus stooping (diving) from a height, feeding mainly on rodents as well as birds.

• Sakers are found from eastern Europe, across Asia, to as far as Manchuria; they are endangered due to pressure from habitat loss and destruction – particularly in the central Asian breeding grounds.

• This species usually builds no nest of its own, laying 3-6 eggs in an old stick nest previously used by other birds such as storks, ravens or buzzards.