The Ethical Falconer or, “what you don’t know will kill them” Part 4 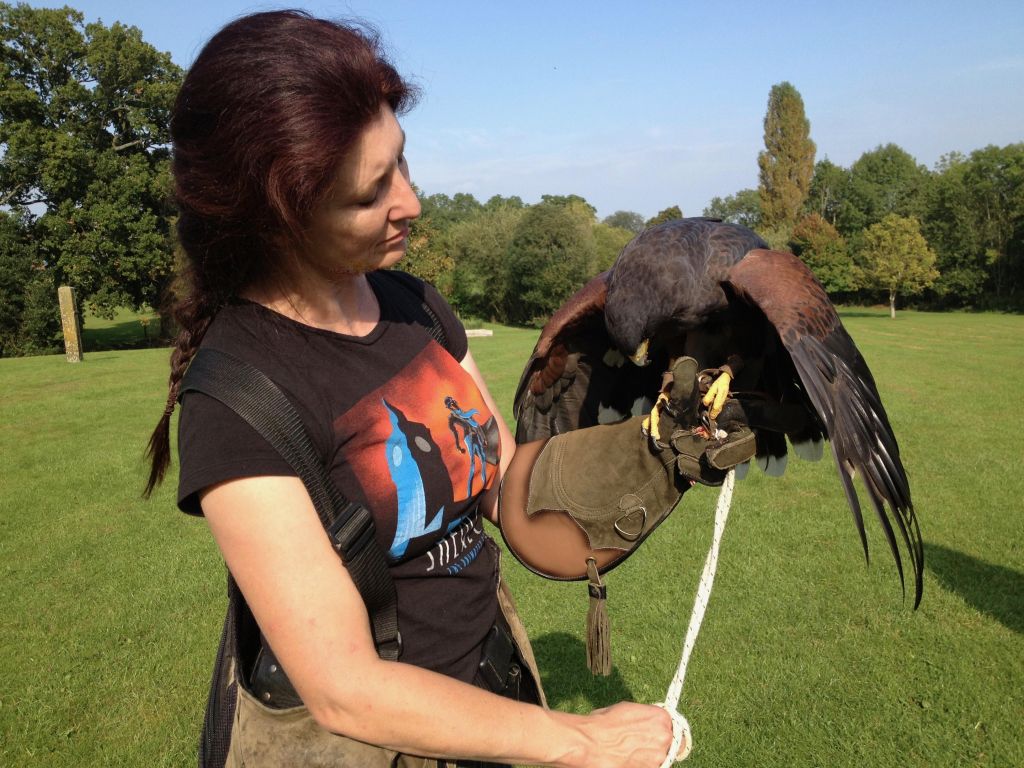 The Ethical Falconer or, “what you don’t know will kill them” Part 4

Posted in From the stoop

“A human being is a part of the whole, called by us the ‘Universe’, a part limited in time and space. He experiences himself, his thoughts and feelings, as something separate from the rest – a kind of optical delusion of his consciousness. …Our task must be to free ourselves from this prison by widening our circle of compassion to embrace all living creatures and the whole of nature in its beauty. Nobody is able to achieve this completely, but the striving for such achievement is in itself a part of the liberation and a foundation for inner security.”
~ Albert Einstein~﻿

So…What have you learned, grasshopper…?

If I’ve succeeded with the thrust of my previous three posts, you’ve at least begun to feel somewhat uncomfortable with the idea of humanity’s ‘general-sensitivity’ toward Nature, and in particular, you’ve begun to question just what the motivations of many of those involved with animal stewardship actually are.

Because while its true there are some magnificent individuals out there inspiring others to cast off the narrow mindedness of 18th Century thinking, or [insert a religion – they’re almost all as derelict in scope as the others] training toward non-human beings, the uphill battle to shake the lion’s share of humanity awake to the ‘5-alarm fire’ action now needed to preserve the balance of life on Earth makes even the stoutest of souls quail with doubt.

I honestly don’t blame you if you’re feeling a little like turtling-up, right now. Believe me, there’ve been times when the sheer size of the task has left me wondering if voluntary lobotomy might not be worth a second-look.

Ah…but you see, this is precisely what “they” want you to do: give up. And being a proud descendant of Celtic ancestors, I’m personally just too damned stubborn to roll over.

Monster corporations like Monsanto. Cold-blooded cetacean trainers who’ll tell you the Orca mother over there bashing her head against the metal gate where she last saw her daughter isn’t crying for her baby’s return. Zoo managers who lie about why animals in their care have died.

“They” are everywhere. You and I have a responsibility – whether we want it or not – to show “them” we’re onto them…and the days of their putting their hands into our wallets has come to a screeching halt.

Starting – and entrenching, a new habit requires a bit of focus, and you’re every bit as capable of doing so as those who seem to make an art-form of it.

Every one of us can establish new habits, and where Nature and non-humankind are concerned, we must all undertake this effort without any further excuse-making.

This means before you take the kids to the local petting zoo, or wildlife park, you spend that half-hour you were planning to waste on watching cat-videos looking into the organization you were about to give your hard-earned cash to.

When your son or daughter comes home with a permission slip from school asking to go with the class to see some animal-exhibit or other, you’ll choose to do some due-diligence on your child’s behalf, and investigate the reputation of the place your child might be going to, instead of waving bye-bye to the two hours of your life you’d slated as “liking celebrity Facebook posts” time.

Before you know it, the first thought to cross your mind right before you invest in a Canadian mining company, will be something like: “Y’know…I wonder what their environmental track-record is…?”, and you’ll look into them…and maybe find someone else to invest in.

This is not difficult. It is – now – critically necessary.

And if you decide to go take the kids to the petting zoo anyway, you’re going to ask the owner “Say, where do these animals go after they’re not cute and cuddly anymore?”.

If you choose to go to the local seaquarium, or wildlife park, you’ll speak up and ask what the circumstances were for the animals on display being there – in the hearing of others, regardless of how your heart is pounding its way out of your chest.

What has been heard cannot be un-heard. You have the power to kickstart the process of some level of self-examination in other humanoids. Use it.

Show up to the annual general meeting of a company you invest in – and put that guy on the stage on the spot. He works for you – remember…?

Ask him: “What are your environmental stewardship practices? Where can I read about those practices?” If there aren’t any policies, ask “Why should I still be investing with you? It seems this company doesn’t care that most of the people in this room have kids or grandkids who’ll be inheriting the aftermath of your practices – Why do you expect us to agree with that?”

You have incredible power. You do not have to be a celebrity of any stripe to wield your power – just get focused about who you want to voluntarily give the contents of your wallet to.

That’s right. Your wallet is where your ultimate power is. Seaworld, Greenville’s “Special Memories” zoo, the big-bank you’re banking with because your parents did before you – all of them want what’s in your wallet.

And they’ll cease to exist if we all agree to stop giving them what’s in our wallets.

What the showman animal-handler in front of you doesn’t know about the animals he’s making mouth-sounds about will kill them.

What corporations ignore about the animal-kingdom or wild-spaces will end them.

What you don’t investigate, speak up for, or vote-against through denying some entity or other some percentage of your wages will be extinguished through collective inaction, or indifference.

Blunt as this is, the fact is, its the truth…

How much more uncomfortable are you going to be if your nieces, nephews, kids or grandkids one day ask you “Why aren’t there any more animals? Why didn’t you do something?”, than if you just take a deep breath, and speak up…?

Only you know what the answer is for you…but of one thing I’m certain. If you’ve anything resembling a conscience, a teaspoon of temporary embarrassment beats shame every day of the week.

If we’re brave enough to acknowledge our part in what we know we could’ve done better, we’ll find the courage to take action – now, and make better choices than any which’ve preceded. I’ve seen enough of this brand of personal integrity to still have some faith in the inherent goodness of most people.

Courage of this kind is not easy to muster, at least, not when its uncharted territory for our psyche – which for the record will be doing everything in its power to stop you from attracting a different brand of attention than you may, (or may not), have been previously seeking.

But acting on the inner instinct to make better choices, to lead by a challenging example, to say “no” to what is obviously devoid of dignity, empathy, or care will feel so much more edifying than any trinket, shiny vehicle, or photo-op with a scrawny, drugged up tiger ever will.

I’m looking forward to your feedback and questions as we move forward – on this, and the many other topics which will appear here in the days to come.

Be disrespectful, and I promise your thoughts won’t be on public display here for very long.

“Fundie” animal-rights groups, or, what true animal-advocacy looks like…
The Ethical Falconer or, “what you don’t know will kill them” Part 3

This site uses Akismet to reduce spam. Learn how your comment data is processed.